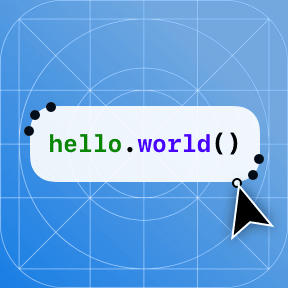 One thing that has always miffed me in my decade plus of writing Objective-C is the amount of friction it felt like I encountered when I had to throw together a one-off type. Software always changes, but sometimes there are situations where it feels like you’ve got an incredibly deliberate pack of data to return to a caller, and it’ll never be seen or heard from by anybody else.

Please indulge me with a NSRunLoop down memory lane for just a second.

I had a spot recently, where in an individual control, I had three buttons. The last two buttons had a few things injected into them, based on the first button’s type. In pseudo code, something like this:

The point isn’t to dissect that code, or recommend a switch or anything - it’s simply to show I’ve got two compartmentalized things that only this control needs to ever know about internally. And that is, I have three buttons and depending on their index and what that first button has set, the last two will have this thing set.

So in Objective-C, where did that leave me? An NSDictionary with magic values, accessed by index? A subclass of NSObject? The thought of making those things inline or reaching for File -> Add New File always felt so heavy for such a tiny little piece of code that nobody else would care about.

What I really wanted to do was cozy up with struct types, before Swift made them come back in style:

Then, I’d apply those where I called that method from. Good enough, even though it looks a little funky.

All of this is a longer winded way of me saying I was happy to embrace Swift’s flexibility and its type system, especially for one-off scenarios like these. And, there are times where I just love me a good ol’ Tuple type, just for this. Here’s how I do it in Swift:

And then, I can get the benefit of type safety, readability and that lightweight-idness (that’s a word, right?) that I’m after:

And this, for some reason that I can’t really put my finger on, feels a little too heavy for such a small thing:

Here, this one just doesn’t look as nice to me:

Albeit, all of this could just be moved into a constructor - but then you’d have two more properties to carry around, but at least at the call site you’d make things prettier:

So, yeah. I love Tuples for tiny, small and centralized tasks. Or hey, maybe there was a better way to do all of this in the bigger picture. Probably, but I’ve always been much better at creating products than writing code. And the code I do write? I want it to be predictable and expressive.