Well, if you thought UIKit was going to show any signs of slowing down, Apple has some news for you - it’s not. Though SwiftUI continues to be a focus, as it should be, our venerable UI framework is better than it ever has been, replete with several meaningful changes. As is my annual tradition, let’s peek at some of my favorites.

There are eventualities in life we all accept - death and taxes, for example. In iOS, it was when will Apple finally give us an API for the bottom sheet controller?

Setup is as easy configuring the presentation controller with a few options:

Or, you can leverage the new adaptive sheet presentation controller to use it as popover when needed on iPadOS:

Which, in my opinion, gives you a bit more flexibility than leveraging the transitioning delegate route. It also sets you up for iPadOS presentations:

The system uses a concept called “detents”, which only has two values right now, to determine its size:

They control if you want the sheet to present a lá Maps style, half showing, or go into the normal sheet presentation we’ve had since iOS 13. There are several configurables here, though, more than I expected. For example, you can have the sheet sized according to the preferred content size: 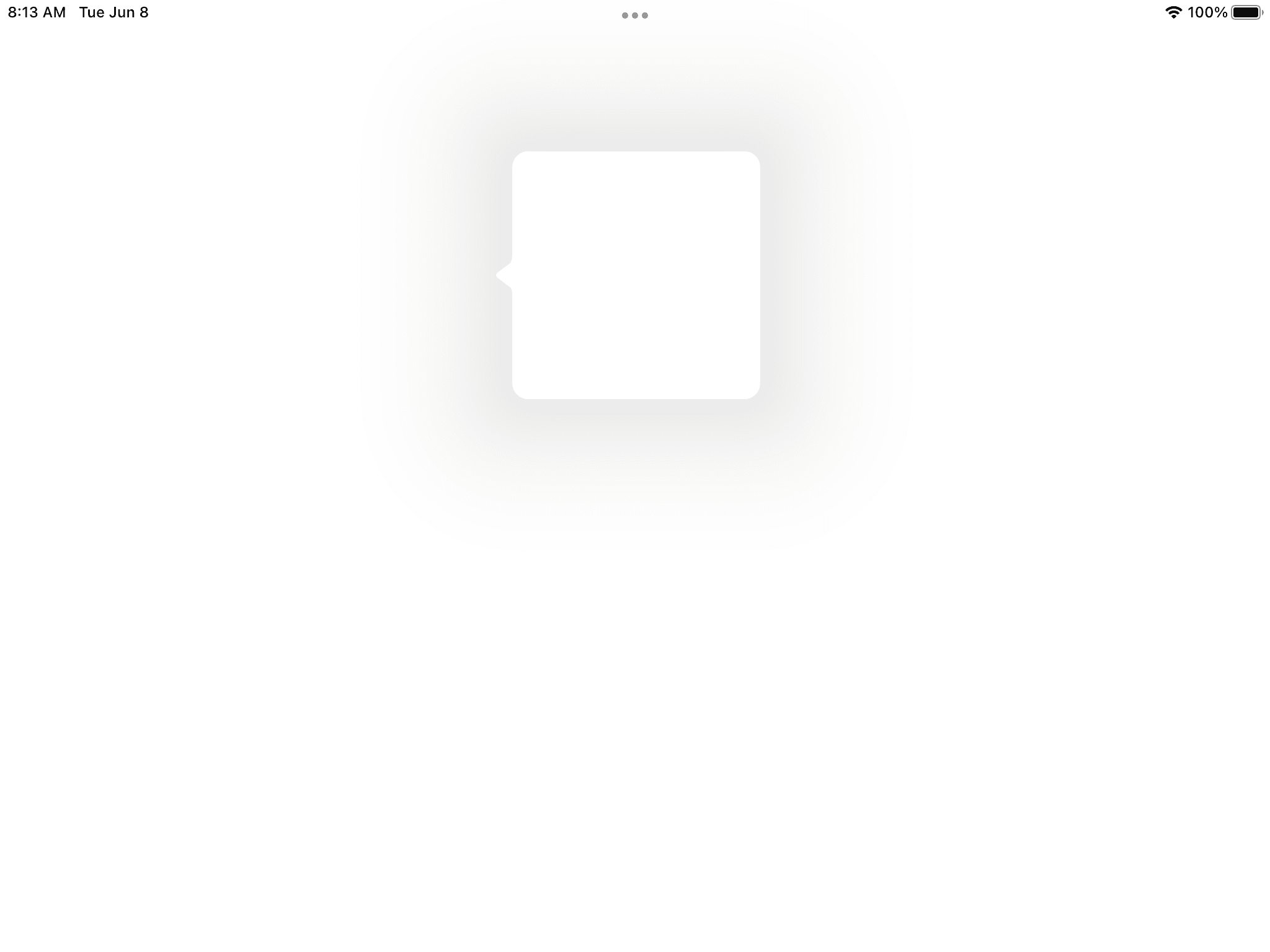 You can also tweak the corner radius, whether or not to attach to the container view’s edges and more. Overall, this is just what the community needed, and wanted: 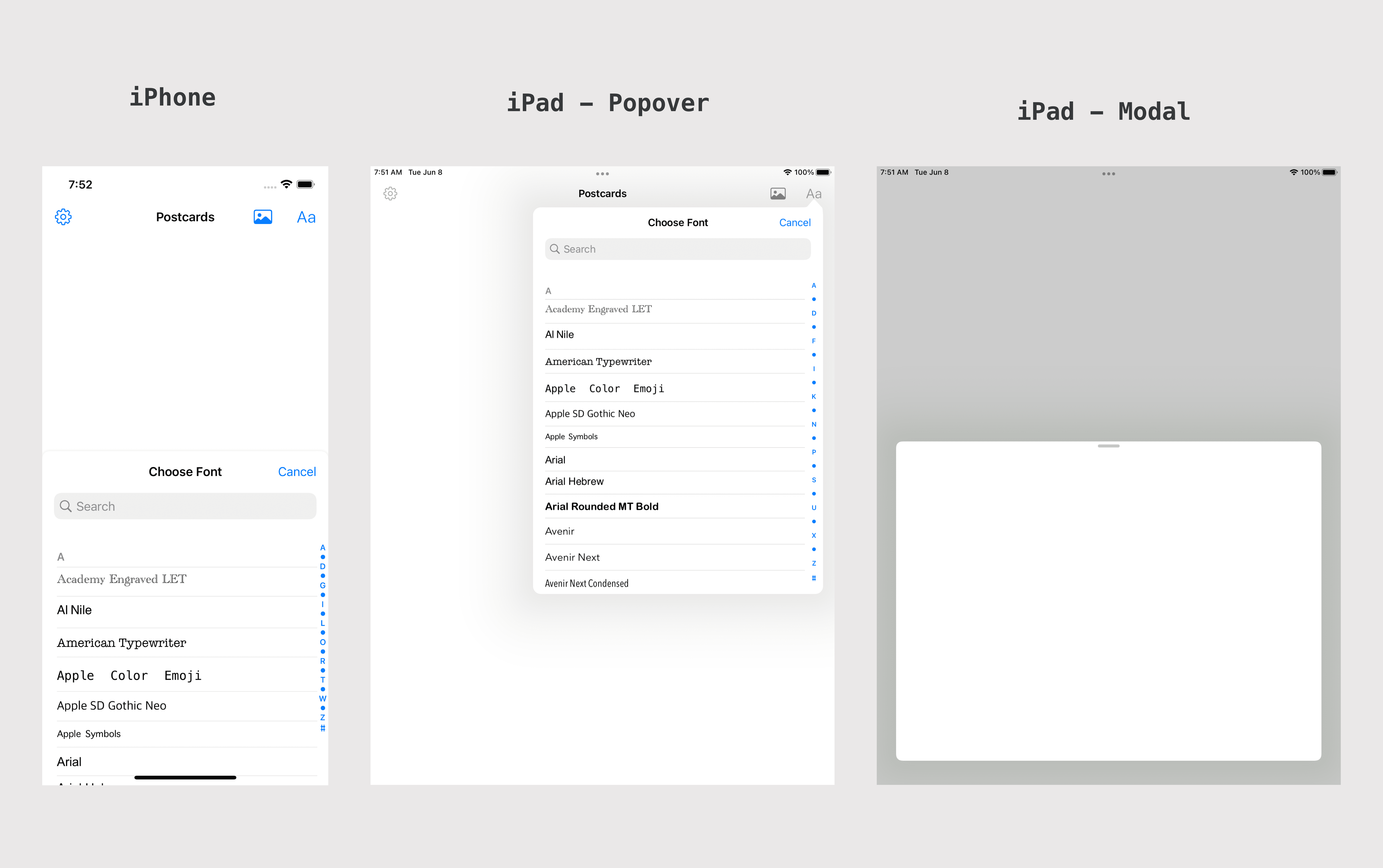 This nifty new control, found in the new CoreLocationUI framework, helps you solve one problem quickly: Getting one-shot access to the user’s location. If you’ve got a feature of your app where it makes sense to get a location temporarily, you’ll want to use this1:

With that, we’ve got a pretty location button:

When this is tapped, the system prompts the user about granting temporary access to their location. If they agree, your app gets CLAuthorizationStatus.authorizedWhenInUse permissions which expire when your app is no longer in use. From there, you can kick off all your location needs using the same code you always have.

You can tweak its icon and label properties to get predefined and fully localized iconography and text: 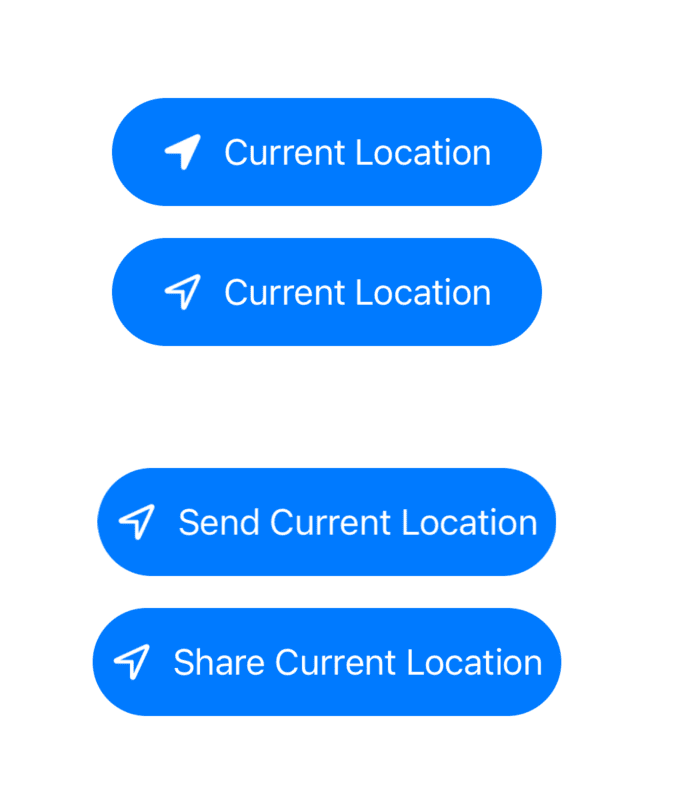 Not much to say here, aside from another finally! We now have a keyboard version of UILayoutGuide:

But, what’s the tricky part about constraining to the keyboard? The fact that it can float all over the joint, and get resized on the fly. Thankfully, Cupertino and Friends thought of this:

If that is, in fact, what you want. If this is false, the default value, then the guide’s top anchor will reflect the view’s bottom anchor of its safe area layout guide when the keyboard is off floating about.

There’s new API to use tooltips, and it follows the “interaction” pattern that’s been used more and more in UIKit. For example, it works almost identical to the pointer interactions:

However, try as I might, I can’t seem to get these delegate methods to fire on beta one. Though the header docs don’t mention it, and it is certainly available on iOS, perhaps this only occurs for Catalyst apps?

A few years ago I wrote about the hoops you had to jump through to take less of a hit on image decoding. Now, there are built in methods to do this in a trivial fashion straight from ImageIO!

Also, you can tack a shape on to SF Symbols, which is very neat: 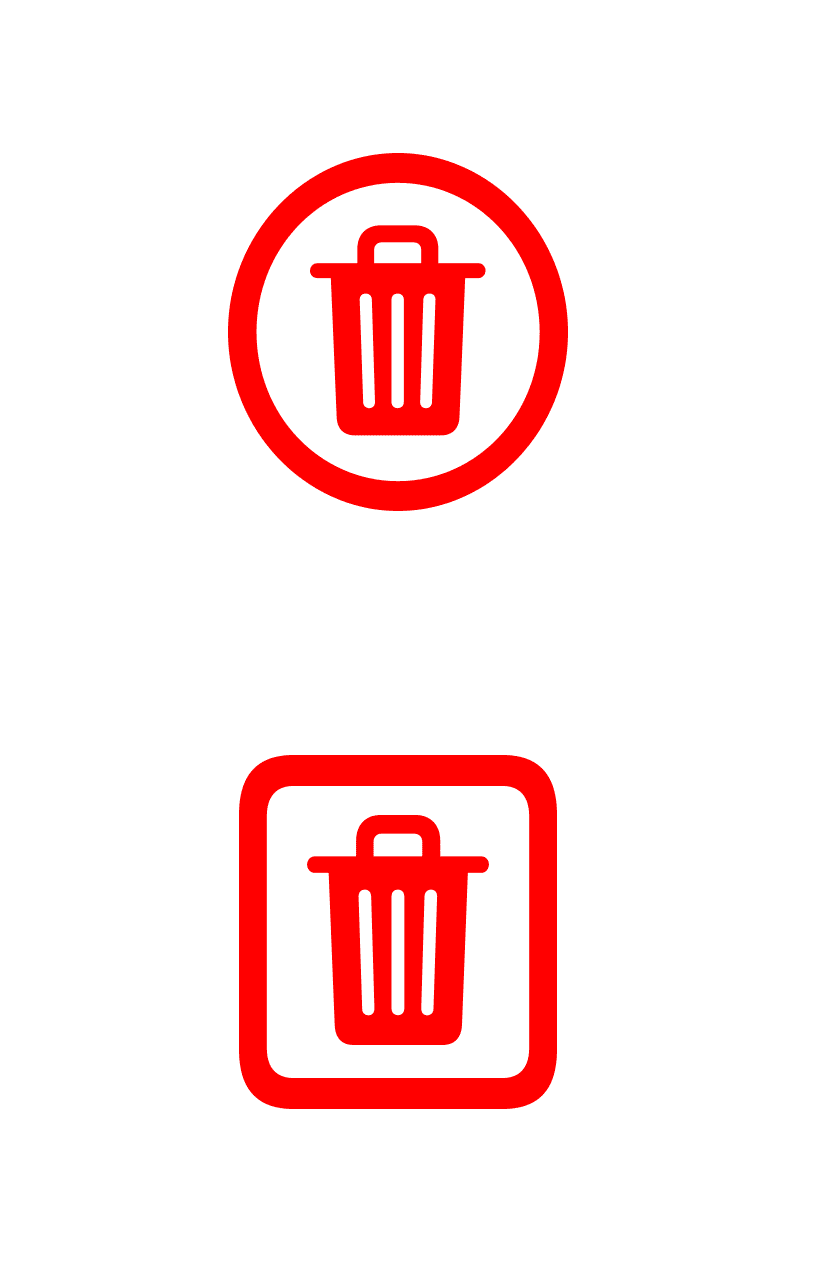 Though, if the shape variant isn’t supported, it’ll return nil. I can see this resulting in more flexibile user interfaces, it’s a nice touch that I didn’t really know I wanted, but can think of several use cases for.

While none of us outside Cupertino and Friends are iOS 15 cognoscentis yet, we’ll get there slowly, beta by beta. I’m impressed with this release, and it has several “nice” things. It reminds me of iOS 12, a rock solid release that was lighter on huge, new and my-summer-is-gone features. That’s fine with me.

There are still plenty of interesting things in UIKit I haven’t looked at yet, like the new button configurations which seem to allow for multiline text and other perks. It doesn’t seem like UIKit has lost a step, so go boot up your beta and dig in!

Of course, all of these will eventually find themselves in the best-in-class book too, and I can’t wait to uncover ways to make all of these new APIs shine.