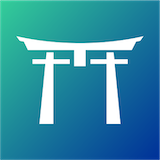 When Swift hit, we were enamored over its simplicity compared to Objective-C. Then it quickly became key to roll with protocol oriented programming. Also, forget reference types and classes. The list goes on.

And true — those things are great tools and have superb use cases. But I sense they are often lifted up as silver bullets without the necessary amount of thought that should probably be given to architectural decisions.

So in 2018, the blog posts overfloweth with Swift hackery (even on my blog 🤷🏻‍♂️) and the conference talks wax poetic of its future using functional programming parlance (yup, I’ve done that too 🙋🏻‍♂️).

Everyone seems excited about working with collections in Swift but we’ve also been able to do similar things in Objective-C since iOS 3. So today, I’m chatting about the power of NSPredicate and how you can sift through collections with it using the 🦖.

I think it’s relevant to bring it back up, as now we’re seeing developers at this point who’ve started with Swift, and then later have circled back to maintain some Objective-C. If that’s you, it’s possible that you’ve been frustrated with the amount of boilerplate or iteration you’ve had to write when using collections in Objective-C.

We’ve come a long way in recent years when it comes to Objective-C collections. Not more than a handful of years ago, we had to tell the compiler we were much smarter than it was:

Thanks Heavens, Cupertino and Friends© eventually tacked on generics by way of type erasure. This marked a significant improvement:

But generics or not, we often interact with the contents of Objective-C collections by doing something like this:

A lot of times, that’s kosher. But as the requirements become more complex and the relationships more varied, the code gets a bit iffy. If you subscribe to the notion that less code means less bugs and better maintenance, the simple act of querying collections can become a bother.

Predicates can lessen the blow here. It’s not about being “tricky” or cute with our code, but pragmatic and succinct.

At its core, NSPredicate is used to constrain or define the parameters for in memory filtering or when performing a fetch. It really got its bones when paired with Core Data. It’s like SQL, except less awful*.

I joke, it’s just that set based operations have never made sense to me 🙃.

You supply it logical conditions, and it helps to return things that match said conditions. This means it provides support for basic comparisons, compound predicates, key path collections queries, subqueries, aggregates and more.

As it’s used to sift through collections, you can expect Foundation classes to support it out of the box. Mutable varieties support in-place mutations from the results, whereas their immutable flavors will return a new instance:

Though predicates can be instantiated from NSExpression , NSCompoundPredicate or NSComparisonPredicate — it can also be created using a string syntax. This is similar to the Visual Format Language that one can use to define layout constraints.

We’ll be focusing on the utility of using the string syntax method.

To illustrate, let’s consider the following code for the remainder of the post:

What follows for the rest of the post are straight forward examples of how to setup queries using the string format syntax.

We can start with a simple search scenario. Let’s assume we’ve got an array containing identifiers representing Person objects:

The exact same result is accomplished using a predicate as such:

Predicate syntax allows for the use of SELF, which is used to great effect here. It represents the object contained within the array being operated on, so for us — Person objects.

Another bonus is that we’ve dropped the mutability of the array definition._

It’s for this reason we can access the key paths associated with the object that SELF is representing. You’re seeing that above, as the identifier property is referenced.

Should you prefer, any key path can also be expressed via a variable using the “%K” syntax in its place. This version does the same as above:

It’s trivial to combine comparisons. Suppose our requirements now call for finding users attending events the same way as above, but now their paygrade must also be between 50,000 and 60,000.

If traditional approaches win out, then our first if statement will only grow:

But using a refactored predicate gets us there in a more idiomatic way:

The syntax allows for different operators denoting the same thing which can help hone in on readability, per your preference. For example:

As expected, these are usually aggregated into one predicate by using them in tandem with the basic comparison operators you are likely expecting:

We’re often tasked with matching values based off of string comparisons. It’s well known that Objective-C shines its unrequited love for verboseness in no greater light than when dealing with NSString:

…whereas Swift just smirks and concatenates its own strings with much less fuss. As such, we can take heart that such verboseness doesn’t apply with NSPredicate and string comparisons.

Virtually any comparison can be achieved by way of the predicate syntax’s CONTAINS, BEGINSWITH, ENDSWITH and LIKE:

You may have noticed the asterisk above, which like many similar DSLs out there, represents a wildcard.

The ease of use really begins to come to the forefront when you combine comparison operators within one query:

Further, there is even support for a mix of NSPredicate’s SQLish syntax to be mashed up with regular expressions by way of the MATCHES syntax:

However, this is an opportune time to point out that the predicate format syntax is exactly what it is. A straight up string. And unless you’re Mavis Beacon, you’ll supply it with a typo every now and again.

The good news is that’ll you find out fast — as a runtime exception awaits. What we gain in power and flexibility is, in some ways, mitigated by the loss of the safety net that static analysis provides.

To illustrate, this slightly refactored sample from above will crash. Can you tell why?

To combat such issues, I’ve often paired predicates with NSStringFromSelector() to provide an additional layer of safety against typos and future refactoring:

Building upon the use of key paths, NSPredicate boasts a full suite of tools to operate on them in the name of a better search. Consider the following:

You could switch our the @avg for:

When you consider the amount of, albeit trivial, code that you might’ve had to author to achieve the same things outside of a predicate, these types of techniques can begin to become part of your regular toolchain.

Much like key path queries, there is also support for inspecting implicit arrays to a finer degree:

Building from the code sample above, this allows for queries such as this:

And as we alluded to above, it’s perfectly find to apply multiple conditions:

Going even further, you get gain even more power by using either of the following:

Hang with me, but assume we had an array of arrays containing Person objects, and all that we needed were the unique identifiers of the Person instances among them:

The fun doesn’t stop there, as there is even support for subqueries:

Subqueries are quite useful should you find yourself needing to search on an array of objects which also contain a property that’s itself a collection. So here, we’ve got an array of Person objects, and we’re peeking into their teamMember array.

Though NSPredicate is built for search, it wouldn’t be Objective-C if you couldn’t bend things from their exact purpose just a tad. No exception here.

When you think of a predicate, you think of filtering down a collection — meaning the return (or in place mutation) still contains the same stuff.

But you can, well, make it not be the same things. And we actually did that in the previous code sample. The array of arrays above was used to return an array of identifiers — NSString instances. Keypathin’ makes it all possible.

You can burn through Objective-C collections with sugary syntax. You can drill down to a particular subset of items without nested loops. It’s all much easier on the eyes with NSPredicate.

While Swift has first class language support to slice and dice collections, it’s really not much of a bother to utilize an object created to do much of the same things. Should you find yourself in a mature codebase or a newly minted one sporting The Dino (Objective-C), let the predicates flow freely.